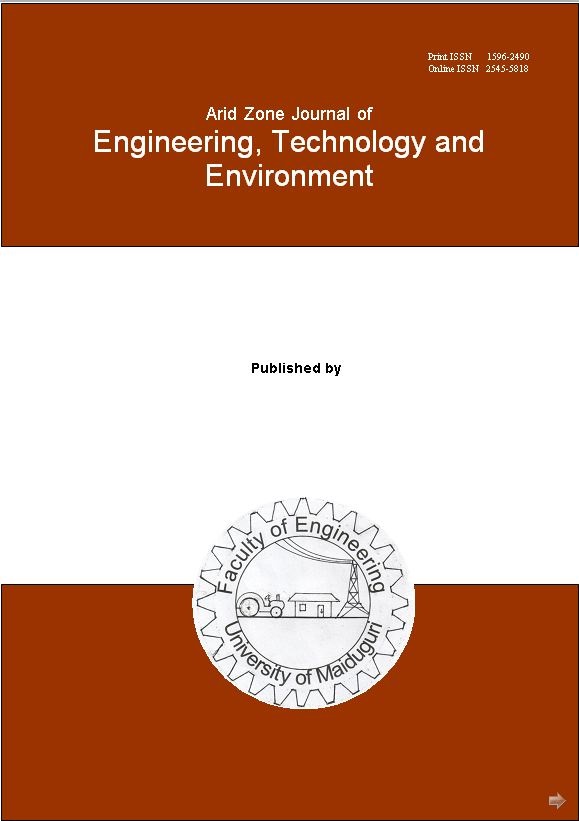 This study presents the application of a new refined plate theory in the bending analysis of a thick rectangular plate carrying a uniformly distributed load using the direct energy method. The new refined plate theory which is a combination of trigonometric shear deformation theory and fourth order polynomial displacement function was used to formulate the governing differential equation by employing the principle of elasticity.  The total potential energy equation of a thick plate was formulated from the constitutive relations thereafter the three general governing differential equations for the determination of the deflection and shear deformations rotation along the direction of x and y coordinates were obtained. The coefficient of deflection and shear deformation were derived by subjecting the energy equation obtained to direct variation thereafter the actual deflection, in-plane displacement, normal and shear stresses, moment and stress resultants of the rectangular thick plate were determined by substituting the derived coefficient of  coefficient of deflection and shear deformation into the displacement, shear force, moment and stresses deduced. The particular plate boundary condition to be anlysed is free support at the third edge and the other three edges simply supported (SSFS). The result shows that thick plate is the one whose span-depth ratio value is 4 up to 25. The results obtained from this work was compared with those obtained from other refined plate theories with the same support condition and obtained showed good agreement with those in the literature.

This work is licensed under a Creative Commons Attribution-NonCommercial-NoDerivatives 4.0 International License.